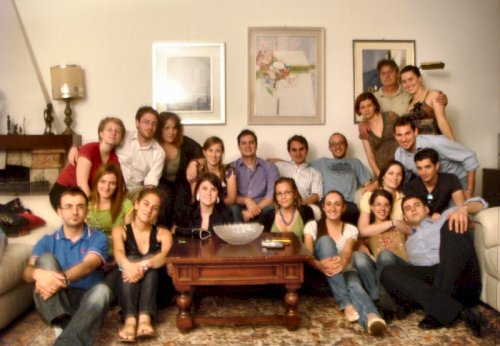 On the 20th of June, EBBF Italia represented by Beppe Robiati and Denise Cumella met in the home of the Robiati the two AIESEC committees, the one whose terms has just expired and the new recently appointed one. Some twenty people with whom the 2008/2009 partnership between EBBF and AIESEC was discussed agreeing on the following plan: EBBF will take part offering its speakers in the three national events of Aiesec Italia and the Acuto full immersion weekend has been moved from its traditional February dates to December 2008. This is due to the world meeting of AIESEC presidents taking place in Rome in February. EBBF also gave its availability to take part in events organized by the various AIESEC committees in the various Italian Universities. The following dates have been agreed: 1.-first national Conference aiesec – Catania 1- 5 Oct 2008 2.- Full immersion in Acuto 11-14 dec 2008 3- Second National conf aiesec italia : 12-18 Gennaio 2009 4.- int meeting aiesec in Roma 18-27 Feb 2009 5- third nat conf aiesec italy 5-12 aprile 2009