Since 1992, Giuseppe Robiati begun to approach some italian universities, mainly the faculties of economics, also using as a channel the baha’i inspired association, namely EBBF – European Baha’i Business Forum, of which G. Robiati is a member of the governing board.  Today, the activities are constant and systematic and in the academic year 2005-2006 the following activities have been carried out: 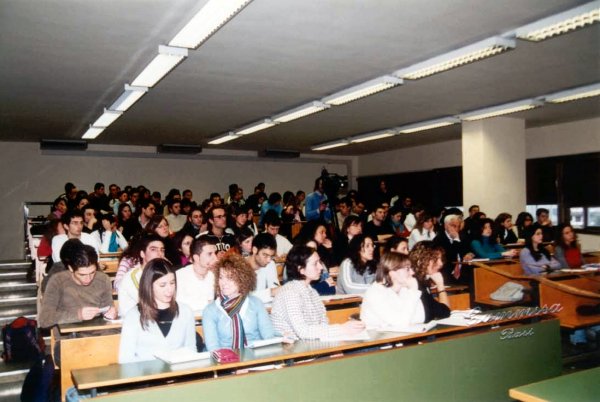 1- Bari University  ( South Italy ) – In this university, Giuseppe Robiati, representing EBBF, has been holding lectures in the second semester of the academic year from March to June at the faculty of economics for ten years. The course’s title is: Ethics and Economy: Towards a New World Order. It consists in 6 lectures of about 2-3 hours each. The number of students vary between 100 and 150 students, who by attending the course gain credits for their university marks. The topics addressed in this course relate to the World Order of Baha’u’llah, the ethical and spiritual management of human resources, ethics and justice in business, the need of spirituality in the financial and economic field, etc.  Baha’u’llah is introduced since the first lecture openly and in a very natural way, and His history, His life, His imprisonment, His sufferings and His numerous Writings concerning many topics are openly presented. His Name is often been written in big letters on the blackboard, attracting the attention of many students. Quotations from the Writings of Baha’u’llah are used in the presentations and lectures, and at the end of the class, although very unusual for Italian universities, all the students clap enthusiastically their hands as a sign of respect and gratitude for the message given to them. Their comments are always very positive and most of them are very interested to the topic of the New World Order. Although it is not a course where the Baha’i Faith is taught as a subject per se the students have the opportunity to relate to the source of the information and lectures given. There is also Giuseppe Robiati’s website (www.bepperobiati.it)  that has been prepared for this purpose and approved by the Italian National Assembly, in which there are numerous pages on Baha’u’llah, on the Faith, books, articles, various topics, etc which is being used a lot by the students who visit the website regularly and download many documents. The website is both in English and Italian and in the Italian section, there are numerous comments written by the students. In the web site, Italian part,  I have put also the   video where all the presentations have been filmed alive at the university  by a professional TV operator – This has been done following a suggestion of  Mr Hooper  Dunbar. This university course has become regular and systematic and is renewed by the university every year. Some baha’is from the community of

Bari attends at times the lectures, but due to the lack of baha’i youth in the community , there are no relations between the students and the baha’i community. 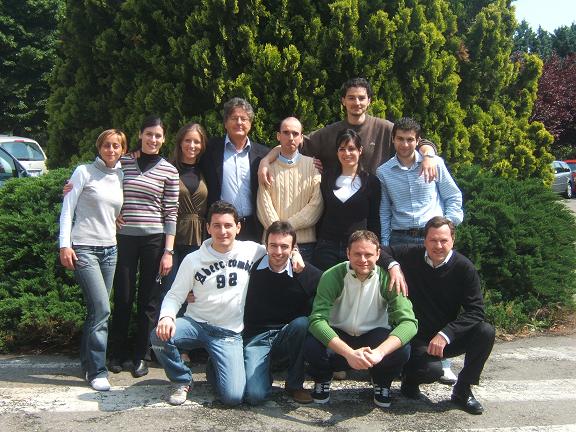 2 – University of Reggio Emilia (near Bologna) Giuseppe Robiati, as EBBF member, has been called to partecipate in lecturing a post-university Master about ethical managment of human resources. Also in this course, attended by between 12 to 18 graduate students, the topics addressed are similar to the Bari University, and they aim to give the students a world vision of development, a deep explanation of human resources as being essentially spiritual, and therefore a presentation of the teachings of Baha’u’llah and their influence on the spiritual growth of those people who will consequently work, behave and use ethical, spiritual principles in their work and company, thus introducing spirituality in business.The Figure of Baha’u’llah is introduced and presented openly, and due to the smaller number of students, more interaction has been positive and fruitful.This course in Reggio Emilia has been held for the past three years, and hopefully will become an annual project for the future years.

In Italy, as well as in other parts of the world, there is an international economy students association called AIESEC, which aims to organise for the students of economy, trainings and experiences to lead them in gaining a wider world vision and in working towards its betterment and excellence.

Giuseppe Robiati, through patience and constancy, has managed with time, to enter in relation and communication with AIESEC, by being a member of EBBF. He held conferences and workshops, therefore entering the national association of AIESEC, and becoming later on a member of the advisory board of the Italian national AIESEC. This activity has given the opportunity to be invited at the National AIESEC conferences and meetings, therefore by networking with different universities and offering the blessing to bring the message of Baha’u’llah about the World Order and this new vision to all these students, association and universities where these students come from. At each national AIESEC conference, various universities invite Giuseppe Robiati to hold some lectures and classes in their universities or in other meetings and conferences.In the past, any university offer would have been accepted, but in this past year a new understanding developed whereby invitations of universities would be accepted only if they are based near a youth baha’i community, in order to be able to put in contact the students with the students bahai’ youth. For instance, at a conference in the University of Catania (Sicily)

, where Giuseppe Robiati had been invited to speak in April 2006 and about 300 students attended, the baha’i youth of

Catania  had been informed and participated in a great number, therefore creating a good channel and new relations.This coming year 2006-2007 activities have been already organised and planned at the universities of Naples, Perugia and Milan, where good communities of baha’ì youth reside. 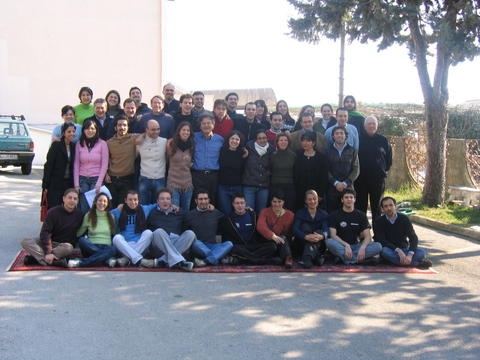 We have already reached the 4th annual meeting which is held, by using the logo EBBF, at the Baha’ì Centre in Acuto. Giuseppe Robiati invites, in the month of February, through AIESEC, 60 students of 15 italian universities for a full immersion of 4 days on the topics of the World Order, spirituality in business, etc. The whole meeting is enriched by prayer, the arts, poetry, speeches, workshops held similar with the study circle method.  In this meeting, Giuseppe Robiati calls on other EBBF members from abroad  for some courses and talks, and on some baha’ì students from the Italian community in order to create relations. This full immersion, enriched by the presence of  baha’ì students purposely invited, allows and leads to a deepening of the Faith as well as to new friendships between baha’ì youth and the students. The meeting is considered the best Italian meeting at the university level. For the year 2007 this meeting has been planned for the third week of February.  All these activities are being carried out also with the important help of Merhi Sefidvash Robiati and Daniel Truran (both baha’ìs), Enrico Giraudi and Lorenzo Solimene (both non baha’ì managers but aligned with the baha’ì vision due to their attendance in the Ruhi courses).